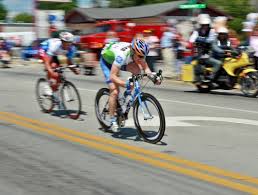 For those with only a passing interest in nutritional supplements, creatine is the one product they’ll probably know about. For many of those, it may be the only one they’ve actually tried. It may have only been used to help sports performance in the last decade, but it was first identified in 1832. So what have the last 180 years taught us about this incredible supplement and should endurance athletes, where creatine is less popular, be utilising it?

Creatine, or methylguanidine-acetic acid, is a nitrogenous organic acid which occurs naturally in vertebrates and helps to supply energy to all our cells. It can also be found in meat, fish and, in supplemental form, as a powder or via meal-replacement shakes. In recent years it has shown to improve muscular strength and power, particularly in performance athletes, during high-intensity, short-duration activities but this doesn’t cover everyone.

In actual fact, the muscle’s cells use creatine to form creatine phosphate. This is a high-energy compound that synthesises the very basics of human energy, the enzyme molecule known as adenosine triphosphate or ATP. Think of ATP as the body’s battery, storing the energy we need and releasing it as and when we need it. Occasionally, during training, that battery isn’t powerful, so creatine gives it a little help by providing another source of phosphate.

Creatine phosphate tempers the added intramuscular acidity that is associated high-intensity workouts. Studies as far back as the mid 1980s show that when the concentration levels of creatine phosphate drop in muscle cells, the fibres are unable to manifest normal force production. Couple this with studies that have displayed faster running speeds, stronger velocity cycling and greater muscular power, there must be few athletes that haven’t tried it.

Creatine absorption is improved by taking it with simple carbohydrates likes dextrose (glucose) or maltodextrin. As these raise your level of blood sugar, it increases the production of insulin. Adding creatine into the the muscles stimulates the creatine transporters, a side effect of insulin production. In addition, exercise makes it easier for your body to absorb and use creatine.

Because of the popularity of creatine, a number of common misconceptions have grown up around it. Many people will tell you that the use of creatine will always result in huge weight gain, but this is not the case. The fact is that most ‘experts’ will tell you that you need load between 20 – 30 grams of creatine per day to see an effect. In those doses, weight gain through water-retention can be a factor but, according to a recent study, lower doses of around 6g per day have resulted in gains of only 1 lb in lean muscle. In addition a recent double-blind, placebo-controlled study in the US found that athletes in their study showed no significant increase in water at all with those taking creatine gaining more fat-free and total body mass than those taking the placebo.

The short-term effects of creatine are well-known. Many studies have shown that for those undertaking relatively short exercise creatine can help but for endurance athletes, the studies are less clear-cut. Of course, endurance activities can vary between sports. The physical efforts of an endurance runner are very different from, for example, an endurance kayaker, but when it comes to bridging the gap, powering over a short climb or the finishing sprint, can you afford to overlook creatine?