WHY TRACKING YOUR CALORIES WON’T WORK. 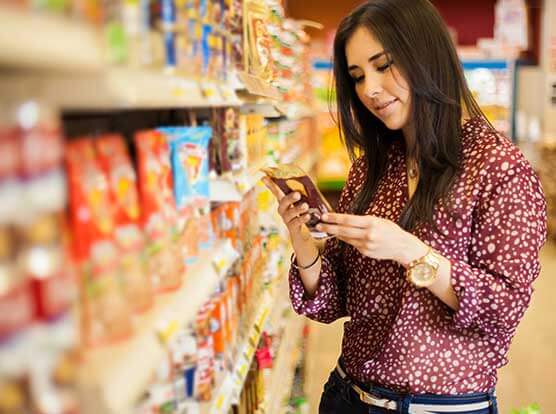 It seems reasonable to think that all you need to do is track your calorie balance and make sure you’re on a deficit.

So why would tracking your calories not work?

Tracking your calories in is really difficult.

Tracking calories in requires nutritional knowledge.  Information on packaged food is inaccurate and often an underestimate[1].  This is especially true in handmade foods.

Even if you make all your own foods, you probably underestimate the number of calories in your food.  A recent study by the office for national statistics showed that on average people underestimate their calorie intake by a third[2].

Working out how many calories you burn is also not very simple.

The calories you burn when you’re resting varies with weight and age[3], but also varies depending on your genetics, body composition[4], how much sleep you get[5], your diet[6] and your activity level[7].

The amount of calories you burn by moving around is hard to measure.  Few people record how much time they spend on their feet compared to sitting down.  However, the number of calories you burn by generally being on your feet can have a huge impact on your daily calorie expenditure[8].  A builder who never goes to the gym will burn more calories than an office worker who goes to the gym for an hour every day.

Calories burned while exercising are also hard to work out.  Fitness tracker apps and gadgets are notoriously unreliable, and commonly overestimate the number of calories burned considerably, often by around 50%[9].

Using exercise as an excuse to eat more is not a good way to lose weight.

A study in 2010, published in the Journal of Sports Medicine and Physical Fitness[10], took a group of men and women and monitored them while they burned off a precise number of calories.  They were then asked to make a meal using food from a buffet to match the number of calories they’d just burned off.

The meals they made were around 250-300 calories bigger, or 2-3 times the size, compared to the number of calories burned off in exercise.

There was no difference in the hunger the participants felt after exercising, but the group that thought they had burned 265 calories ate much more food.

This shows that telling people they’ve burned calories gives them a ‘license to eat’, which will not lead to weight loss.

In my experience, the people who lose weight by upping their exercise don’t think about calories at all.  They just start a new sport or take up a new hobby and lose weight without thinking about it.

The people who don’t lose weight through exercise tend to be constantly preoccupied with calories.  They’re the sort of people who say that they earned themselves a slice of cake or an extra slice of pizza.

If you want to see the benefits of exercise on the scales, think about exercise as just something you do to stay healthy or for fun.  Don’t equate exercise with food.  And don’t obsess about the number of minutes you spent on the treadmill.  Instead, just try to stay active.

Ultimately though, weight loss starts with the food you eat.  Get your diet right, and you don’t need to worry about how much exercise you’re doing.

Why not get your calories accurately calculated for you, and take the guesswork out of you cooking.  If you want all the results without the guess work and number crunching check out my online training plans