THE CHANGING FACE OF FITNESS 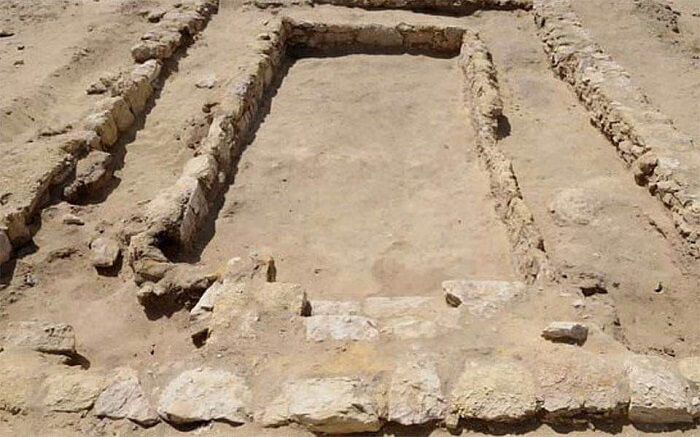 Other gymnasiums have been uncovered in locations around Egypt in Athens, Pergamon and Miletus in Asia Minor and Pompei in Italy.

Even in ancient times people were boshing out a few cheeky gym seshes.

In the past, we didn’t stay fit for the sake of creating impressive social media profile photos, we had to keep fit to stay alive. Our primitive ancestor’s needed to be fit to fulfil their hunter / gatherer role. If they wanted to eat, they needed to be fit enough to be able to kill the animals that provided their fuel. Hunting trips would last for days, so men needed the stamina and physical presence to provide for their family and their tribe. Once they returned home, celebrations would last long into the night, so they needed to be in great shape to keep up with their kin.

As agriculture became a part of our lifestyles, civilisations was beginning to dawn. As we learned to grow crops and animals were domesticated and farmed, our need to cover large areas away from home diminished. Neolithic people could grow their own crops within the confines of their village. Life was becoming more sedentary.

In the far east, philosophers such as Confucius were encouraging people to partake in physical activity as the recognition of certain diseases were being understood. The Chinese developed Cong Fu, a form of gymnastics, as a way to keep the body in tip-top condition. This led to the development of, what we now recognise as, dancing, fencing, wrestling, archery and even badminton.

Closer to home, fitness was becoming more important as a the military forces of Assyria, Babylonia, Palestine, Egypt, Syria and Persia were growing. In particular, the Persian empire demanded that its people kept a strict physical regime through rigid fitness programs. Once boys turned 6, they became part of the Persian Empire and undertook training in hunting, riding, javelin throwing and marching. They did that not for fitness as such, but to create physically superior solders to help expand their Empire.

Around 2500-200 BC, the Greeks were taking the appreciation of the physical form to new levels. The beauty of the body was a huge part of their culture. The development of physical health was on an equal parallel as mental health. Their love of gymnastics created palestras, indoor sites of physical education for boys with outdoor areas for jumping, running and wrestling. It was the ancient Greeks that first gave us gymnasiums and personal trainers.

Once the boys reached manhood, at around 14 to 16 years of age back then, they moved from palestras to gymnasiums. Both areas were managed by paidotribes, the ancient form of a PT.

For all the emphasis the Greeks of Athens placed on fitness, it was nothing compared to the Spartans of the north. Just like the Persians, their focus on fitness was more attuned to their military ambitions. At that time, the different Greek states were regularly at war with each other, so the stronger the army, the more success could be gained. Boys were required to enter a Government’s fitness program from the age of six. They would be responsible for their training and upbringing which consisted of rigorous programs to ensure they grew up to be physically fit. Even the women were required to stay fit so they could produce healthy offspring. If any of you have seen the movie 300, you’ll understand why the Spartans needed to stay incredibly fit.

As we move into the era of the Roman Empire, fitness initially became even more important. Their rapid expansion meant that all citizens between 17 and 60 were at risk of being called into military service. This meant they needed to maintain their fitness levels. It worked. As they conquered the western world, the were as fit as possible. After this, it became a different story. Once they had conquered Europe, their success gave them nowhere to go. As they became more enamoured with a lifestyle of rulers, they became less interested in fitness and more in the trappings of success. Ultimately, this led to their downfall by the physical stronger Barbarians of Northern Europe.

As we enter the Dark and Middle Ages, the fall of the Roman Empire gave way to the Barbarians, whose outlook harkened back to their primitive ancestors. They were still very much taking on the hunter /gatherer role with fitness again being a prerequisite just to survive.

With the dawn of the Renaissance period, historical learnings from the Greek and Romans offered a renewed interest in physical fitness. It gradually became accepted that the connection between physical health and the intellectual learnings from religious leaders, philosophers and physical educators offered more to people and enhanced their lives. It allowed them to pass this knowledge around their people and helped spread the development of physical fitness as a core part of their educational system.

As we begin to approach the modern era, we begin to see the signs of what we now recognise as the health and fitness industry, thanks in large part to the Industrial Revolution. It provided cultural and mechanical changes for almost everyone, albeit through jobs which became less physically demanding. In the 1950s and 60s, diseases such as cardiovascular disease and Type II Diabetes became leading forms of death, taking over from influenza, polio and rubella.

As we endured two World Wars, fitness wasn’t a key factor, as hard as that might be to believe. Whilst people were drafted into service, once the WWII was won, statistics showed that 1 out of 3 draftees were unfit for combat. The government legislated against this and ordered physical educations became part of the curriculum in public schools.

Fast forward to today and we can see echoes from history in what and how we embrace physical fitness. The balance between physical and emotional fitness is clear. The ancient Greeks originally embraced the ‘exercise for the body, music for the soul’ philosophy. Something I’m sure we can all relate to. Anyone who listens to their favorite tunes whilst working out will recognise the connection.

In many ways, today, we have the best of all worlds. We can have equipment in the gym, or at home, that offer us the ability to exercise more often and more conveniently than ever. We have powerful computers in our pocket that can give us fitness programs and nutritional plans wherever we are. We have a range of food that delivers nutritional excellence on almost every corner.

The access to fitness services and science backed health solutions today allows us to live longer, healthier and fitter than ever before.

The only difficulty is cutting through the bad information and looking at the facts, focus on the basics, the tried and tested, the stuff that will always work.

← IN SEARCH OF THE SUPERHERO MAKER WHEN SHOULD I START GETTING FIT? →