THE BENEFITS OF BETA ALANINE FOR ATHLETES 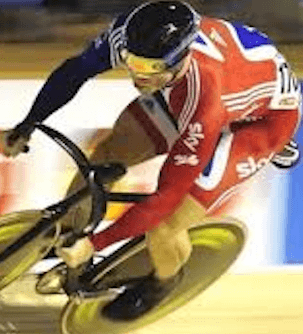 The Benefits of Beta Alanine for Athletes

When it comes to professional athletes, whatever their sport, the huge range of supplements available to them can be quite astounding. Of course, we’re not talking about those illegal drug enhancements, but more those dietary supplements that boast of improvements in almost every aspect of an athlete’s regime. Some of them claim incredible benefits but lack the scientific evidence to back them up, others promise the world but deliver very little. Occasionally, however, one breaks through that both medically and physically ticks all the right boxes and recently that has been Beta-Alanine.

Technically, Beta-Alanine (?-alanine) is a non-essential, naturally occurring beta-amino acid that was actually discovered over 100 years ago. Despite its long history, ?-alanine (or 3-aminoproponic acid) has only emerged from the background of history to the forefront of professional sport in recent years, but its benefits are far from being non-essential.

Protein-rich foods like chicken, beef, pork and fish act as fantastic sources of dipeptides and the greatest natural sources of ?-alanine through carnosine, anserine and balenine. Our bodies also synthesise it in the liver, from the catabolism of pyrimidine nucleotides which break down into uracil and thymine, which are then metabolised into beta-alanine. It is classified as a non-proteinogenic amino acid as it is not used in the building of protein. Of course, the easiest way is to ingest it is via supplement, which can come in capsule form or as a powder mixed with liquid, usually water.

One of the greatest benefits of supplementing ?-alanine comes as a rate-limiting substrate of carnosine. As the athlete’s work rate intensifies the body’s need for energy outpaces its capacity for aerobic metabolism. As this happens, the body moves to rely on anaerobic metabolism for its energy needs, resulting in the production of Hydrogen+ ions. The by-product of this is the accumulation of lactic acid in the muscle tissue. To combat this change in the ph levels of the muscle, the body needs a buffering agent to delay fatigue, one of which is carnosine. With the increase in beta-alanine in the body, the muscle’s carnosine levels rise, enhancing the body’s capacity to buffer H+ ions, prolonging the time before fatigue sets in.

A number of studies have clinically investigated the benefits of beta-alanine in recent years. One of the most conclusive pieces of research was published in the Journal of the International Society of Sports Nutrition in 2012. In this experiment 13 males where split into two groups; one group were fed beta-alanine supplements and the other a placebo. Over a four week period, the groups were tested against a base line standard by completing an isometric knee extension test to fatigue. At the end of the test, the group using beta-alanine had increased their hold-time by 13.2%, a significantly greater improvement by those taking the placebo. Other studies have shown even more impressive statistics. Some studies carried out in the UK show increases in muscle carnosine concentrations by up to 58% in four weeks, rising to 80% in just ten weeks.

Even though it has been shown that Beta-alanine is less effective for athletes whose events last less than 60 seconds, or where rest periods of 2-5 minutes were needed between high-intensity action, most others have shown incredibly positive results. As well as boosting strength and power output, increases in muscle mass are also a natural consequence. If you’re looking to improve your performance in short / medium high-intensity muscle performance, there are few supplements that can compete with beta-alanine.

Beta-Alanine supplementation is a fantastic option for anyone looking to boost muscular endurance, this could be direct endurance training or even those longer muscle building sets in the gym. This is a product that I use and that I highly recommend.

A study on the benefits for endurance