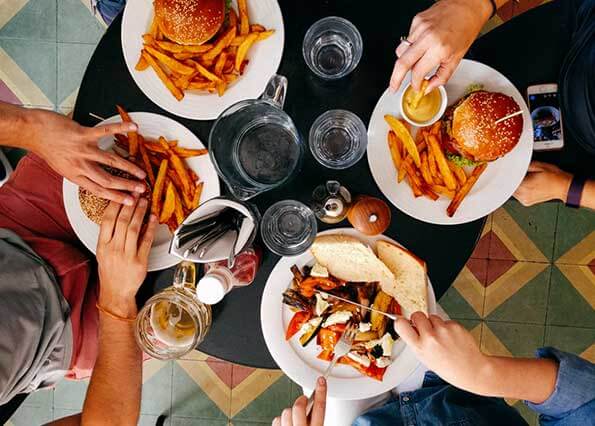 Firstly the real question with any way of eating is can you make it work. Can you stick to it long term and would you even want to?

There are literally thousands of diets available out there.
The ones that help people lose weight are the ones that put people in a calorie deficit and allow them to maintain it for enough time to see some progress.

Often these diets will be seriously extreme in nature both in terms of restriction and lack of calories.

But there is a pretty serious caveat to that.

Counting calories only works if two things are done correctly.

Secondly, you need to have an accurate and honest way of tracking calorie intake.

Where do the problems lie?

Last year a team from Stanford University went to work to find out just how accurate wrist worn calorie estimators are.  They measured energy output very carefully for a variety of activities, and compared their measurements to those provided by five common wrist-worn exercise devices[4].

The results were scary.  Every device overestimated calorie expenditure by more than 20% for every activity, with average errors for devices varying from 27% to a huge 93%.

People are not very good at guessing how many calories are in their food.  Even fitness trainers often underestimate how much food they’re eating.  As an example, 300 calories is equivalent to about 1 small slice of cake, 2 lattÃ©s, 75g of rice, or 2 spoonfuls of peanut butter.

A team from Columbia University ran an experiment on a group of people who had failures with dieting in the past, and blamed their metabolism[1].

And the conclusion: their metabolic rates were normal

Working out calories in and calorie out is not as simple as you may think. This is why personally with people I work with there is no calorie calculating, number crunching or tallying up for them.

That’s because I do it all for them and provide a menu that is the right number of calorie as well as the optimum macro levels.

I do it this way as it delivers much better results in my experience working with thousands of people.

But if you don’t want to follow a food plan what can you do?

Can you just eat healthy to make progress?

You might have read in the papers about a recent study published in the Journal of the American Medical Association (JAMA), which tried to test the effect of genetics on weight loss.

What differentiated this study from many others investigating weight loss is participants were not calorie controlled.  They were just told what to eat, and what they ate was only healthy, wholesome food.

And the results: both the low fat and low carb groups lost weight, and there was little difference between the two groups.

So what should we take from this?  Do calories not matter?  Is the only thing that matters what you eat, rather than how much you eat?  Is there really no difference between carbs and fat?

Firstly, all the participants in the study were overweight or obese when the study started.  They all had BMI’s between 28 and 40.  And over the course of the year, they lost, on average, about 5 or 6kg.  This is admirable, but over the course of a whole year, not very much for a group who started out unhealthily overweight.  At that rate, it would take one of their participants on average about 6 or 7 years to reach a healthy weight.

For comparison, a study published in 2014 used a calorie restricted diet on a group of overweight individuals, with BMI’s all over 25.  The diet was quite restrictive, and they lost an average of 10kg.  In just eight weeks.

If restricting calorie intake is so important for weight loss, why did this intervention work at all?

The next question I’d like to answer, is did this study show there really is no difference between carbs and fat for weight loss?  Some websites certainly seem to think this new study shows there isn’t really a difference.

But during the course of this study, participants weren’t told how much to eat, they were just told what to eat.  The low fat dieters ate lots of high carb foods such as whole grains.  The high fat dieters ate more high fat foods, such as nuts.

Fat is more than twice as calorie dense than carbs, so if both groups ate the same volume of food, the high fat group would be eating more calories.

Yet despite this, the high fat group actually lost slightly more weight than the high carb group: 6kg, instead of 5.3kg.

Many studies (like this one, or this one) which do control calorie intake, have shown that low carb diets are more effective for weight loss.

So it looks like when left to eat as much as you like, the balance of carbs or fat in a diet results in little difference in weight loss.  But if calorie intake is controlled, low carb diets are more effective for weight loss.

The main question this study actually was designed to answer is whether certain people are likely to respond better to particular diets due to their genetics.  Some studies published in the last few years have suggested that your genotype does matter, and that you can have a low carb responsive genotype, or a low fat responsive genotype.

This work is pretty cutting edge.  This study seems to suggest genotype doesn’t matter.  Others suggest it does.  I think the jury is still out on this one, but until we learn more, I’m going to continue to recommend low carb diets for weight loss as it has repeatedly been shown to be more effective for most people.

The most important message from this research, is that if you currently eat processed foods, high in sugars and processed grains, and you switch to healthy foods, such as vegetables, whole grains and unprocessed meats, you will probably lose weight.  You will probably also be much healthier.

If you also restrict your calorie intake and combine this diet with a fitness regime that includes cardio and/or resistance training exercises, your weight loss will be greater, your body composition will improve, and you will become fitter and healthier.