The home of the best online personal training, brought to you by celebrity personal trainer David Kingsbury. Whether you are looking to get lean, lose fat or add muscle my custom meals plans and training plans can get you there.

I believe the innovation and quality of my female online personal training, products and techniques to be industry leading and provide you, the customer, with everything you need to achieve results now and to equip you for a life of ongoing health and fitness

Gerry Bourner
Highly recommend I’m usually quite a fit guy but was in a rut when I got decided I needed to change things, guidance and some accountability. Unusual for me but I couldn’t see an easy way to change things; felt like an uphill struggle. I now have a routine in place which is reviewed and a meal plan, which again, based on progress is reviewed. I’m now in good shape; feel really good (which was my original aim), a lot fitter and more toned; getting compliments about the way I look which wasn’t particularly my aim but feels really good. The accountability means I never miss a workout. Looking forward to carrying on day by day in terms of the journey I’m on; trust what I’m told implicitly given results I’ve seen to date. Highly recommend, it will improve your mood, how you feel, fitness and physique.

Ed Jones
11KG down and people keep asking how I've managed it! I’ve been working with Chris Emmett since New Year's day and it's been awesome. I had calls with Chris every couple of weeks to answer my questions and keep me motivated. I'm 31, have a desk job and was definitely consuming too many Heinekens and pringles! Chris kept me busy with workouts that I didn't get bored of, as they were regularly changed and switched around. My calories and targets were regularly reviewed to make sure I wasn't feeling overly restricted or limited in anyway. I wouldn't say I was ever huge - nor am I yet really really lean - but I've lost around 11KG and look a lot more toned. Thanks to Chris I look like a different person - and didn't have to hide my belly at the swimming pool on holiday any more like in previous years. Looking forward to seeing what's possible in the coming months!

Mike L
I long considered myself a student of fitness… I long considered myself a student of fitness and nutrition. I’ve been training since I was 14 years old in one form of another. But after 40 I couldn’t achieve the results I wanted anymore. I was skeptical about personal coaching in general, especially online only, but I decided to give David Kingsbury’s organization a shot. I mean after all, if it’s good enough for Hollywood… I can honestly say it’s been great. I’ve been working with Chris Emmett on David’s team for about 10 weeks now, and in that time I’ve been able to hit many goals I didn’t think I’d be able to achieve ever again, let alone in this amount of time. It takes dedication like anything else, but there is an elegance in its simplicity. The lessons you see on David’s Instagram or in his marketing messages are exactly the principles that are implemented in a great way while training with his team. I’m looking forward to continuing my journey with David’s team - and for those of you here looking at reviews and waiting on the sidelines - don’t! Start today.

Jeff Kizilbash
Paul Emmons 10/10 Paul Emmons 10/10 Paul was my trainer and right from the start was excellent. He took time to understand what my goals were and what I liked and didn't like. He then created a variety of plans for me over 4 months and a simple nutritional guide. I wasn't great at filling in the updates so Paul would reach out to me every week to check-in, see how I did and how we could progress. The results also speak for themselves my body has transformed (still got some way to go) but feel much fitter, stronger and confident. Highly recommend.

Sam Young
Breaking down nutrition Hey guys, I want to tell you that Dean Arvin was a great trainer/guide/friend in this process!! I have been fairly active in lifting/exercise for a lot of years but never got the results I was looking for. I never had the nutrition to back things up. While, bc of my job and schedule, I wasn’t able to follow everything perfectly Dean was always positive and supportive. He had new ideas and various directions I to go. He adjusted his guidance to help fit my need. If you get the chance to work with Dean, you’ll definitely benefit from it. I just want to say, Thanks Dean. I will definitely continue working towards the right foods and be willing to try new foods along the way. You’ve been great.

Travis Roberts
44 year old male getting diminishing returns I am a 44 year old male and had pretty much plateaued with a DVD (yes old school) workout that I had been doing since 2013. Somehow I was not losing weight anymore and was holding bulk in the wrong places despite doing a good amount of cardio. I started a platinum course with DK back in January 2021 and was teamed up with Chris Emmett as my trainer. The brief was simple. I wanted to lose a bit of weight, change my body composition to get the bulk into the right areas and most importantly, get a better understanding of my body so I could look after myself for the next three decades. Chris responded to the challenge and we started training. To my delight there was pretty much no cardio in my personal programme and so I no longer feared injury. This enabled me to push harder than before with confidence. My weight started to drop gradually which you measure by logging it into the app each day and my body composition was reviewed by uploading photos each week. Chris is an excellent coach and despite my best efforts, I am yet to exhaust him of all his knowledge of fitness and nutrition. The platinum course means you speak to your coach every week. I would suggest this to anybody starting out with DK as you learn so much in such a short time and it helps with motivation and keeps you on target. After an initial six month course you can then choose to go down to seeing your coach once or twice a month and pay less of course. I would have given DK 5 stars but I think the app lets them down a tad. Its not bad by any means but it could be much better. I understand a new one is in development though which I am looking forward to. I aim to stay with Chris and DK for the foreseeable future and I now have my wife training with them and have also introduced a friend in his 70s. Lastly I would highlight what other people have written here. You only get out what you put in. These coaches are not here to "beast" you. They are there for support and guidance. If you want to be shouted at then go to a spin class.

Toby
A fantastic service that will give you as much as you put into it. I have been working with David Stocks from just after Christmas to the end of July. My goals were originally fat loss without losing strength and to develop good long term dietary habits to avoid Yo-Yo dieting. The training plans were simply, but effective. If you do them, you will see results. I actually saw my strength increase as I started to lose fat. In terms of my diet we would tweak things weekly as to what are bad, fine and good food choices, but also not to feel guilty if I went out with friends, had a big meal with family etc. I've lost 10kg and changed my goals to complete an Ironman. As such my dietary needs completely changed and the support from DS made all my goals achievable. The education I have received has been fantastic regarding eating habits, macros and training/workouts. I have kept my 10kg off, have had to buy a new wardrobe and will aim to lose a little bit more post Ironman too. A fantastic service that will give you everything you need, if you give the effort and little time it requires. Good luck to everyone on their journeys, would highly recommend this service.

Gaming Moments
This plan is the best investment I've… This plan is the best investment I've made in to my personal weight loss/fitness journey! Taimar has been fantastic with weekly support and I've lost a few kilos but more importantly a good few inches. I can actually see the great results from taking my own progress pics which are easy to compare on the app and I love tracking my gym routine on it too. I feel ten times more positive generally and my goals dont seem that far away now! I didn't know how I would fit in training 4x a week with tracking but it becomes a routine and a lifestyle choice quite quickly. So you can be a mum to young kids, work full time and make time for yourself! I've surprised myself but the tools and support is there, absolutely take it and reach out to your coach, you wont regret it!

Shabana Dhadda
Trustpilot rating score: 4.6 of 5, based on 61 reviews.

The home of the best online personal training, brought to you by celebrity personal trainer David Kingsbury. Whether you are looking to get lean, lose fat or add muscle my custom meals plans and training plans can get you there.

The custom calorie nutrition and personalised training plans I provide are lifestyle focussed and suit both men and women as each and every meal and training plan is custom built. Your results. Made to order by David Kingsbury.

LEARN MORE ABOUT US

I have been a personal trainer since I was 17 years old and owned my own private personal training studio at Pinewood Film studios since 2010 and have just opened my second commercial gym K1 Beaconsfield.

I am best known for my work as a personal trainer to the film industry where I have trained 50+ actors on dozens of films. Clients have included, Hugh Jackman, Ryan Reynolds, Jake Glyenhall, Chris Hemsworth, Michael Fasbender, Eva Green and Jessica Chastain to name just a few!!! 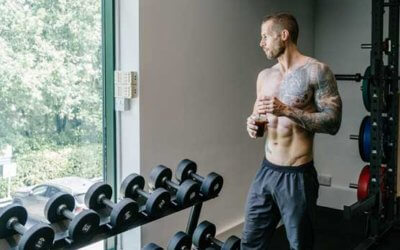 FAT LOSS AND THE PYRAMID OF SUCCESS

I’ve talked quite a bit about fat loss in the past, but today I’m going to help you prioritise your effort for an honest look at fat loss and body composition.

END_OF_DOCUMENT_TOKEN_TO_BE_REPLACED 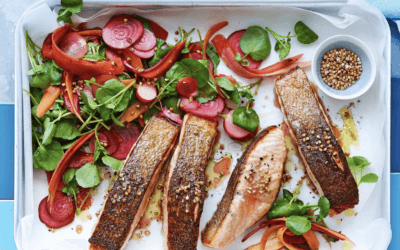 Do I Need a Calorie Deficit for Fat Loss?

Seriously though, it’s a great question and one that gets asked time and time again. For all the dietary-equivalents of a ‘get-rich-quick-scheme’ you can find on- and off-line, there are a multitude of fat loss programmes targeting people like you; some of them work, many don’t at all.

END_OF_DOCUMENT_TOKEN_TO_BE_REPLACED 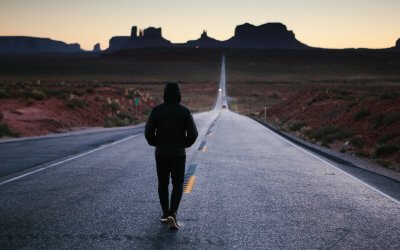 GET MY FREE 7 DAY SERIES