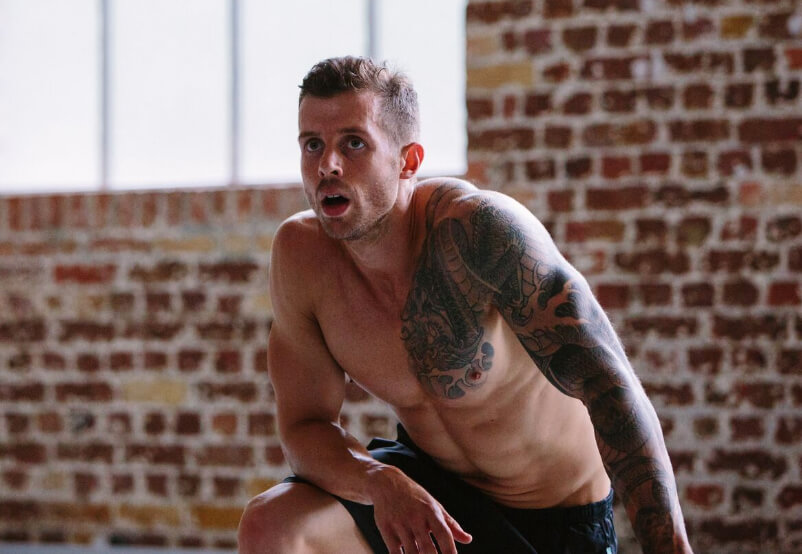 One of the most common reasons I hear from those who don’t manage to stick to a training plan is that it’s too much of a solitary experience. I get that. I understand it. It is true that training can be a very singular activity. It’s just you against yourself, sometimes fighting against your own willpower, determination or individual motivators, even when you’re surrounded by other people.

The isolationist nature of training can often go further than that. You can have two people doing the same fitness routine, doing the same exercises with the same number of sets and the exact same number of reps and yet their outcomes can be completely different. I say that not accounting for anabolic aids or genetic differences, so how does that happen? The simple answer is that it comes down to an individual’s training intensity.

Intensity comes down to how each rep and set is completed. If you’ve ever heard the adage ‘you get out what you put in’, then that simple statement is at the very heart of what intensity symbolises.

Whilst that phrase embodies what intensity is all about, it’s also very difficult to actually put it into words that will mean the same to everyone. You either get it or you don’t. According to the dictionary, intensity is “the extreme degree of strength, force, energy, or feeling. A measure of the amount of energy transmitted.” In order to understand how these are different, I will first have to explain some things to you.

When it comes to your workouts, intensity can be, and should be, all of those things. It’s about the strength you’re developing, the force you’re using, the energy you’re expelling and the feeling you’re putting in. All of them combined is intensity and all of them can make a world of difference to your workouts. Clearly it needs to part of every bit of training you do to get the most from it.

By training intensely with progressive overload, together with the stress produced on the muscles, will force them to adapt and grow bigger and stronger. Both of these things create a certain synergy. Intensity also involves a certain mind-body connection. It is both mental and physical. You literally have to ‘feel’ the rep, feel the range of motion and feel the stress on the muscles. I know it sounds corny, but if you are doing the exercise just to get it done, you will not see good results. If you’re still unclear, then let’s look at it another way.

I’m sure there are times when you’ve been in the gym but not been really ‘feeling it’. Maybe you’ve gone after a rough day at work, or been in the morning after a hard night before. You’ve gone there and just gone through the motions. Yeah, you’ve lifted weights or ran a couple of thousand metres but it’s kind of passed you by. You know what ‘that’ feels like, but that’s the furthest thing from intensity

By the same token, I’m sure you know when you have had a really INTENSE workout. One where you’ve left nothing in the gym. I am willing to bet that that was also a really GOOD workout. You left the gym knowing you’ve smashed it. You were focused, nothing distracted you and each and every rep felt lighter than the last. Everything just went perfectly. That, my friends, is intensity.

No matter which exercise it is that you are doing, it will benefit you enormously if you use the utmost intensity whilst doing it. When you can continuously harness this intensity, the gains you make will truly amaze you. You’ll feel incredible, however hard you’ve pushed yourself.

I know as well as you do that you can’t keep up that level of intensity for hours on end, but there’s no reason to either. Keep your workout to around 45 minutes, which will allow you to maintain maximum intensity throughout. It is difficult, if not impossible, to work out with extreme intensity for much more than that.

There’s more to intense workouts than just being able to punch the air or give everyone a ‘high-five’ on the way back to the changing rooms. Intense exercise significantly affects the release of the growth hormone and other anabolic (i.e. muscle-building) hormones in the body. Short, intense bursts of exercise are a catalyst for growth hormone release.

We’ve talked already that intensity is a short-term impact, but why? The reason, or rather reasons, are pretty simple. When a person works out at an intensity they can’t sustain for a long period of time, two things happen; their muscles begin to burn and they start feeling out of breath.

When they’re under exertion, muscles start to fill up with lactic acid, which is the chemical in your body that produces that burning feeling we all know so well. Simultaneously, the body’s oxygen stores become depleted.

By training with high-intensity, those same actions force the body to work harder to build its oxygen stores back up, for a period of 16 to 24 hours post-workout. The result of this is that there are more calories burned than if you’d exercised at a lower intensity for the same (or longer) period of time.

Don’t just take my word for it. Studies show strenuous resistance exercise results in greater post-exercise oxygen consumption compared to steady-state endurance exercise that burns the same number of calories. So while you might burn the same calories during an hour-long jog, shorter, more intense workouts give you more bang for your buck. Put simply, less is more.

Even with short-term high-intensive exercise, there are still some long-term gains when it comes to training intensity. Over time, high-intensity workouts can increase your VO2 max, or, in other words, your body’s ability to use oxygen for energy.

VO2 max is a measure of the maximum volume of oxygen that the body can use. It is measured in millilitres per kilogram of body weight per minute (or ml/kg/min for short). What that boils down to is better endurance, which leads to more energy and the ability to sustain more exercise for a longer period of time.

HIIT, or High Intensity Interval Training, is one of the best ways to get your heart pumping. Working out at 70% to 80% of your maximum heart rate will deliver the greatest EPOC effect for you. Excess Post-exercise Oxygen Consumption (oftencalled ‘afterburn’) is a measurably increased rate of oxygen intake following strenuous (i.e. high intensity) activity intended to erase the body’s oxygen deficit.

If HIIT appeals, but time is of the essence for you, then Tabata drills can get the job done in just four minutes flat. As an alternative to either of those, you can also try circuit training, which involves moving from one exercise to the next with no rest in between. This will give you a very similar effect.

I make no apologies for saying it, but not going to the gym because you just don’t feel like it is no excuse. By all means, if you are nursing an injury or the flu, stay in bed at home and rest. Any form of physical activity under these conditions would put you further behind and no-one wants that.

If you are a little tired or had a bad day at work, do not allow your mind to talk your body into skipping your planned workout. It will, but don’t listen to it. It should not be that easy to just want to miss a workout. If you are tired from working a long shift, then a good, intense workout might be the last you want, but it is also the thing you need the most. It can be the perfect remedy to make you feel better.

I don’t necessarily advocate using supplements for energy before a workout, but sometimes we all need a kick in the pants to get going. A coffee shortly before working out may give you that extra boost that is needed to get you through a workout. Whatever works, whatever gets you to the gym is all good to me and especially for you.

From this point on, I want you to make a pact with yourself that each and every REP, SET and EXERCISE you do will be with the utmost intensity. When it is time to do your set, get your game face on and it is ALL business. Focus on the task at hand, moving as much weight as you can with as much energy as possible.

While you are doing your set, nothing else in the world matters but performing this set to the best of your ability. Once it’s done, you cannot get it back. It is just you and the exercise.

You want to consistently try to hit a new ‘high peak’ when doing any exercise. By their very nature, warm-ups can lack a certain bit of intensity, as it is more important to train intensely on your heavy sets, but your warm-ups should definitely not lack focus as a result.

Working out with the utmost intensity is the deciding factor between getting results and wasting your time. When you only have yourself to beat, you need to be winning every time.

← 10 WAYS TO STICK TO YOUR TRAINING IMPORTANCE OF HITTING CALORIES →