TRAIN AND EAT FOR YOUR BODY TYPE – PART 2 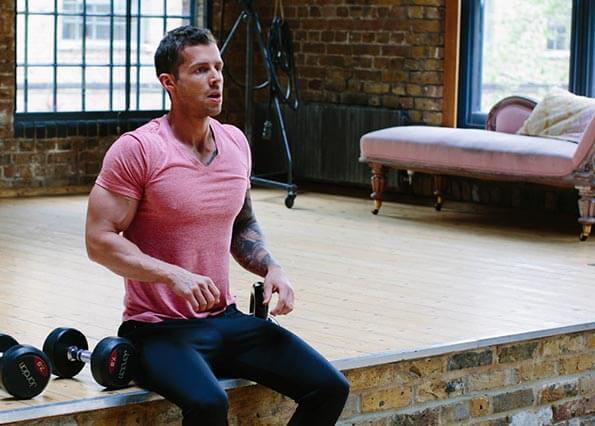 Last time out, we looked at the three body types psychologist William Sheldon defined in the 1940s. If you didn’t see it, those were the ectomorph, the endomorph and the mesomorph. Here, we’re going to look at what to eat for each one and how nutrition plays a part depending on which body type you are.

The body type you best identify with can determine a number of fitness results for you. It can help you choose the best sports to play, the best exercises to utilise and also play a part in the food you eat. We’re going to expand on the body types we looked at last time, but now we’re going to see how you eat for each one.

The body types I’m talking about go beyond just how you look to others or in the mirror. These types exist on a biological level, so there’s a very real impact on the food you eat and how it reacts to your body in both the hormonal and sympathetic nervous system. By linking the food you eat to the body type, or somatotype, you are, you can make real progress on achieving your goals.

As I mentioned last time, it’s worth reiterating that people tend not to fall perfectly into one type or another. Most of the time they can be a mixture of one, two or all three at various times, In addition, it can, with a regular diet and training regime, appear that you look like one type, but actually belong to another.

Ectomorphs are generally thinner people, with small bone structure and thinner limbs. If you picture an endurance runner, then that’s the typical body type of an ectomorph. They tend to have a faster metabolic rate and a high tolerance to carbohydrates.

Biologically, ectomorphs are generally thyroid and SNS (sympathetic nervous system) dominant with either a higher output or sensitivity to catecholamines, such as epinephrine and norepinephrine. Because of this, a diet that’s high in carbohydrates and low in fat can work well for them. Again, there’s no formula that needs to be written in stone, but go for a ratio of 45% carbs, 35% protein and 20% fat as a dietary starting point.

For ectomorphs, the generally carb-high diet will spike blood sugar levels and help to drive protein to the muscles. Don’t read this as carte-blanche to eat whatever you want. Stick to the complex kind of carbs, such as brown rice and sweet potatoes. I would recommend around 2g per kilogram of bodyweight per day of protein.

As I always say, exercise and nutrition always must go hand-in-hand and if you’re eating for a particular body type, then that is still just as important. Portion control needs to play a part on the food you eat.

If you’ve been trying to shift that troublesome body fat for most of your life, chances are you’re an endomorph. Endomorphs tend to have higher amounts of total body and fat mass.

Endomorphs tend to be naturally less active and, unlike their ectomorph brethren, excess calories are not quite so easily shaken off through normal daily movements. In layman terms, any excess calories they accumulate in endomorphs are more commonly stored as fat. This propensity to store energy means the often have a lower carb tolerance.

When it comes to eating, endomorphs do best on diets with a high fat and higher protein intake, providing both are controlled and timed correctly. The general rule-of-thumb for endomorphs is more fat and protein and less carbohydrates.

In reality that would be low-carbs, but also still include things like oats and brown rice. You should complement that with high-protein and fibre intake. Simple sugars and excess carbs, your carbs should come from vegetables primarily if possible.

Mesomorphs are often defined by medium-sized bone structure and have an athletic body. Providing they regularly workout, they often have a considerable amount of lean mass. If you think about physiques of professional tennis players and other athletes that need to be quick but powerful, then chances are they’re mesomorphs.

Typically, mesomorphs tend to be dominant in testosterone and growth hormone. This leads them to have lower body fat, with a predisposition for muscle gain.

If you’re a mesomorph, you’ll do your best work on a mixed diet, balancing your complex carbs, healthy fats and lean proteins on a 40%, 30% and 30% ratio respectively as a very rough guidline.

Regardless of which body type you identify with, the ability to handle different types of foods is always going to be helped by being physically active. The only thing you might have to keep an eye on is your tolerance to carbs and how, and when, you eat them. Your needs will vary on the workouts you’re doing and when you refuel post-workout.

Like anything, it’s about knowing your body and working around that. Don’t get too hung-up on body types and instead learn about your own body with regard to what works, what doesn’t and when you need them. If you need any help, you know where I am.