THE GUIDE TO FAT LOSS 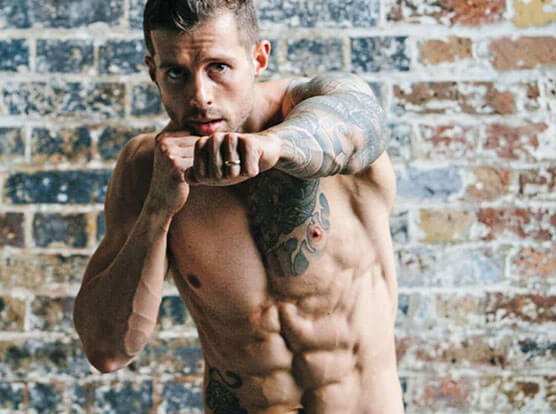 What is fat, where does it come from, and how do you get rid of it?

I’ve talked quite a bit about fat loss in the past, but today I’m going to try to tell the whole story of fat.

Everything else is interesting and can help you towards your goal, but nothing breaks this rule.

What is fat in the body?

In your body, you have many many fat cells. They’re a little bit more complicated than mere containers, but for the most part, you can think of them as just that: little containers for fat. These fat cells can fill up, making them grow and swell. Sometimes they empty and shrink.

Overall, if you’re eating as many calories as you burn, the total fat stored in these cells will remain the same.

If you eat more calories than you burn, your body converts the excess calories to fat and stores it in fat cells for future use.

However, if you consume fewer calories than you burn, your body sends signals to these cells start to emptying out, sending the fat somewhere it can be converted to usable energy to make up for the deficit.

Where does the fat come from?

Fat is created from the food you eat, which is made up for 3 types of energy:

Fat: this may sound obvious, but fat is quite easily stored as fat. This does not mean however that eating fat will make you fat. Your body will only store fat you eat as fat in your body if you are on a calorie surplus. Otherwise, it’ll convert this fat into useable energy.

Carbohydrates: carbs are your body’s favourite source of fuel, so it’ll burn these first. However, if you eat too many, your body will start converting them to fat for storage. This conversion process is relatively straightforward for your body.

Protein: also a useful source of fuel but really quite tricky for your body to convert to and store as fat.

You may be thinking: does that mean that if I only get my energy from protein I won’t get fat?

The simple answer is no, for a few reasons. First of all, you’ll only burn off stored fat if you’re in a calorie deficit. Secondly, it’s almost impossible to eat a pure protein diet. Almost all sources of protein come with a decent amount of fat or carbs. If you were to manage to get your energy purely from protein, you would have to cut out whole food groups which are essential for maintaining good health.

How do you burn off fat?

Base Metabolic Rate (BMR): the energy you need to keep your body functioning. This is basically a function of your body mass: the bigger you are, the larger your BMR. You can’t really change this otherwise, and it does not vary much from person to person of the same body mass.

Non-Exercise Activity Thermogenesis (NEAT): the energy you burn by moving around generally, but not through deliberate exercise. This you can change by sitting less and walking more. If you’re looking to burn fat, NEAT is your secret weapon. Get on your feet more and you’ll burn more calories.

Exercise Activity Thermogenesis (EAT): energy burned through exercise. While you can lose fat by increasing this, it is very difficult to lose fat just by adding cardio. Cardio tends to burn fewer calories than people think, and it’s all too easy to eat more after exercise, undoing your good work. Exercise is fantastic for your health, but is an ineffective method of losing fat.

Thermic Effect of Food (TEF): the energy you burn converting food to usable energy and processing it for use in the body. You can increase this by eating less processed foods, which has the extra benefit of being better for your health overall.
calories

When your body requires energy for any of these processes, it uses a combination of available energy from the food you eat plus calories from the two major energy stores in the body: glycogen (stored glucose) and your fat reserves.

How does fat loss work when on a calorie deficit?

Whether you’re on an overall calorie surplus or deficit, throughout the course of a day, you are likely to go in and out of calorie deficit and surplus.

You’ll be in a temporary surplus while and just after eating, and in a temporary deficit when exercising or if a long period of time has passed since you last ate.

However, if your body runs out of available glycogen during high intensity exercise, it will start to raid it’s fat reserves. This results in a sudden step-change in available energy, known as “hitting the wall” to marathon runners, and “bonking” to cyclists.

Unless you enjoy hitting the wall on regular 3-hour-plus, high intensity workouts, your best bet for losing fat directly through exercise is probably low intensity exercise. This can be in the form of deliberate exercise such as gentle cycling or power walking, or in day-to-day general activity such as shopping or taking the stairs.

Are there dangers to a calorie deficit?

To be clear, metabolic damage is a genuine, albeit rare, condition.

However, the deleterious effects of a calorie deficit are almost exclusively linked to extreme or crash dieting. If you have a health balanced diet and are not currently underweight, a calorie deficit is a healthy way to live.

What’s the best way to get onto a calorie deficit and lose fat?

The single easiest thing you can do to push yourself into a calorie deficit is to reduce the number of calories you consume. You can do this by eating less food (which can be really hard) or eating healthier, less calorie dense, less processed food (which I think is easier, but it really depends on you).

The second easiest thing you can do is move around more. I’m not talking about all-out exercise. I’m talking about taking the stairs instead of the lift, walking to the shops instead of driving, taking a 5 minute break from your work every hour for a little leg stretch, or using your lunch break to have a quick lunch followed by a walk, rather than spending it sitting in the canteen.

The third easiest thing you can do is to exercise more. Adding a bit of low or high intensity exercise to your weekly routine will help encourage your body to burn off some of its fat reserves, but only if you don’t eat more to compensate for the exercise. If you start eating cake because you’re ‘earned it’ you will not lose fat.

The best thing you can do is a little bit of all three.

← HOW MANY DAYS A WEEK SHOULD I TRAIN? WHAT IS THE BEST WAY TO LOSE WEIGHT? →