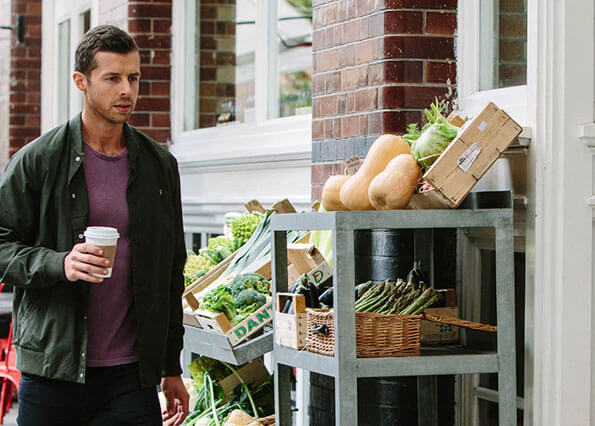 Last month the government unveiled plans to cut 20% of calories in many popular foods by 2024.  This is part of a wider plan by the government to tackle serious health problems in our country, not least of all being obesity.

They have suggested a number of ways manufacturers may meet these targets, either by promoting healthier foods, changing the recipe to make them less calorie rich, or simply making them smaller.

If you want to lose weight, calories are the single most important thing you need to think about.  If you eat fewer calories than you burn, you will lose weight.

Studies have shown again and again that increasing portion sizes increases the number of calories people eat, as people like to finish their portions of food, regardless of size.

An experiment carried out in a restaurant in 2004 tested this.  On some days they gave people a regular starter, on other days they were given an extra-large starter.  None of the participants knew they were part of an experiment.

The group given the extra-large starter ate on average 160 calories more overall.  Curiously though, when asked if they thought the portion size was appropriate, it didn’t matter whether they were given large or small portions, they both thought the sizes were about right.

These sort of studies seem to suggest that reducing portion sizes could genuinely have a positive effect on the number of calories people are eating.

However, there’s a big question around how calories are reduced.  Calories are king when it comes to weight, but they are certainly not the be-all-and-end-all of healthy eating.

If manufacturers decide that salt needs to increase to compensate for changes in recipes, this could have serious problems as salt is linked to high blood pressure[1].

Fat is twice as calorie dense as sugar.  If manufacturers decided to promote sugary foods at the expense of fatty foods to hit their targets, this could further contribute to other health problems such as diabetes[2].

Focusing purely on calories may help fight the obesity epidemic, but a small cake is still a cake.  There’s nothing wrong with cake every once in a while, but people should be not be under the illusion that making portions smaller makes them healthy.

Despite these problems, if this policy makes people more calorie aware and gets them eating smaller portions of unhealthy foods, or encourages manufacturers to make their foods more healthy, it’ll be worth it.